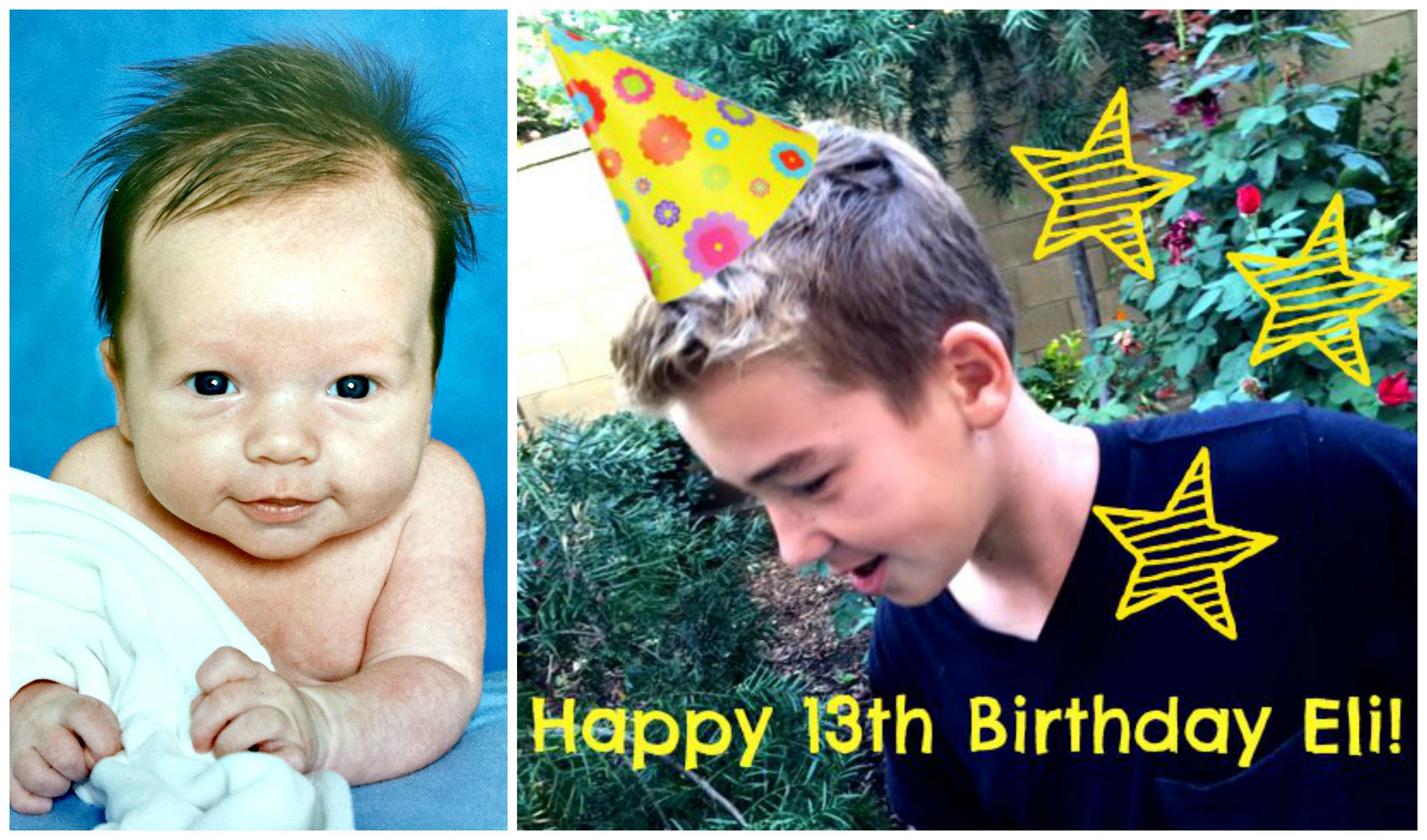 Prince Charming officially turned into a teenager this past Friday!

He didn’t want a big celebration this year. Instead he wanted to pick up Chick Fil A (I’m totally serious… but it’s his favorite) and hang out at home.

He did, however have an orthodontist appointment to go to after school. Most people would find that to be an awful thing to do on  your birthday. I was holding my breath in the waiting room… because this could have gone one of two ways. Fortunately (for all of us), Prince Charming got the best birthday gift ever – HE GOT HIS BRACES OFF! Who gets their braces off on their birthday? My kid does.

He was also very tight lipped about what he wanted as far as a gift. He kept telling us that he didn’t want anything. Now… this is my over-the-top, extremely extroverted, Mr. Popular, always the center of attention, social butterfly. There is no way we could have not bought him a present.

Aside from his super fun personality, he is also incredibly smart and a great student. He’s been slammed with homework every night since he started 7th grade (he started in July), and he almost always has work he needs to do on the computer. I have a couple of computers downstairs in the kitchen, my personal one, and the one we use for the restaurant. We usually end up sharing one of them by night’s end.

He’s been asking for his own computer for the last few months, so that was an obvious choice for a gift (functional too). We ended up buying him a Gamer PC with a huge monitor so he could use it for fun, as well as his school work. (We didn’t spring for a party, so we splurged a bit on the gift.) He was thrilled! They moved his desk into his room and got him all set up… right under his disco ball.

Yes, Prince Charming has a disco ball in his room. My neighbors probably think we are crazy!

Want to know how he spent his birthday night? He watched NETFLIX on his new computer. Go figure.

It really is hard to believe that this guy is already 13 years old. Our second born, middle child (age-wise) was the baby of the family for over five years before the triplet tornadoes came in and rocked his world. And let’s be honest, they really did rock his world. While the first couple of years after the babies were born are sometimes a blur in my mind, I’m sure they are not so blurry to this guy. He put up with an awful lot, and probably missed out on a lot too. Regardless, he has turned into an incredible young man that we are over-the-moon proud of.

Keep your eyes on this one. This kid is going to be famous someday… I just know it!