This picture… I just had to share it today.

This showed up as a memory on my Facebook page today. It’s from this day, 2 years ago (2013). I seriously can’t believe that it’s been two years. That is, until I look at my big guys.

Noah in particular has grown so much. He towers over pretty much everyone. He’s officially passed his dad in height (pretty sure he’s closing in on 6-4). I love his expression in this picture. His face says it all. It’s this face that brings me back to that very day standing in the Santa line. At the ripe age of 14 he was not at all happy about being there, especially with three rowdy five year olds. I’ll leave it up to your imagination how it all played out.

Then there’s Eli. My sweet, middle child. {Ahem.} He really is sweet… he just forgets sometimes. He’s got such a big personality. He was, and still is, the funny guy. This picture was right up his alley, even though it was Santa’s idea. You can see the spark in his eyes along side his smirk, just as he’s giving Santa bunny ears. I find that one of the funniest parts of this picture because nobody even knew he did it, until they printed the photo.  {Aside from Santa’s face, because that is just hysterical!}

My little guys… they still look the same to me. They were so innocent, the funny faces were really a stretch for them. Today, I’m sure they could totally rock a funny face. They have learned quite a bit more than reading and writing at school.

We haven’t been to see Santa yet this year. I’m guessing that Noah will oblige if I bribe him. He’s mellowed a bit these days (thank goodness). He will usually agree to most anything if there’s cash involved.

I am on the fence as to how Eli will react. My guess is there will be some eye rolling right out of the gate. He is not as easy to bribe these days, unfortunately. He may surprise me, because he does still enjoy acting like a little kid when his cool friends aren’t around. Stay tuned. 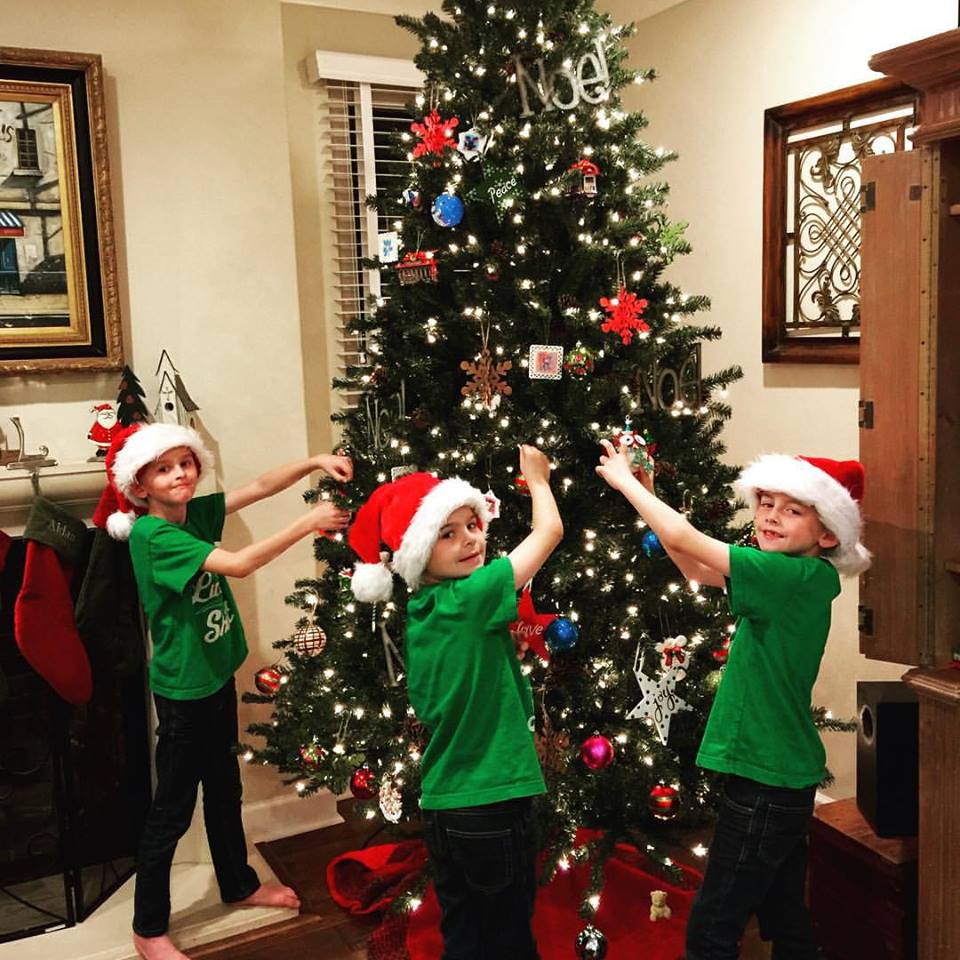 My littles are getting very excited about Christmas. I let them decorate our Christmas tree this year. We’ve had the tree up since Thanksgiving weekend, but we’ve been so busy, I hadn’t had a chance to dig the decorations out of the garage.

As I was lugging Christmas boxes into the house, I walked in to find them wearing these santa hats. They must have been in one of the ornament boxes. And what are the odds that I would have sent them to school in green t-shirts? This photo looks totally staged but it really wasn’t!

These little guys decorated the entire tree all by themselves! They needed a little help with the very top, but otherwise they did it all. They were so proud. 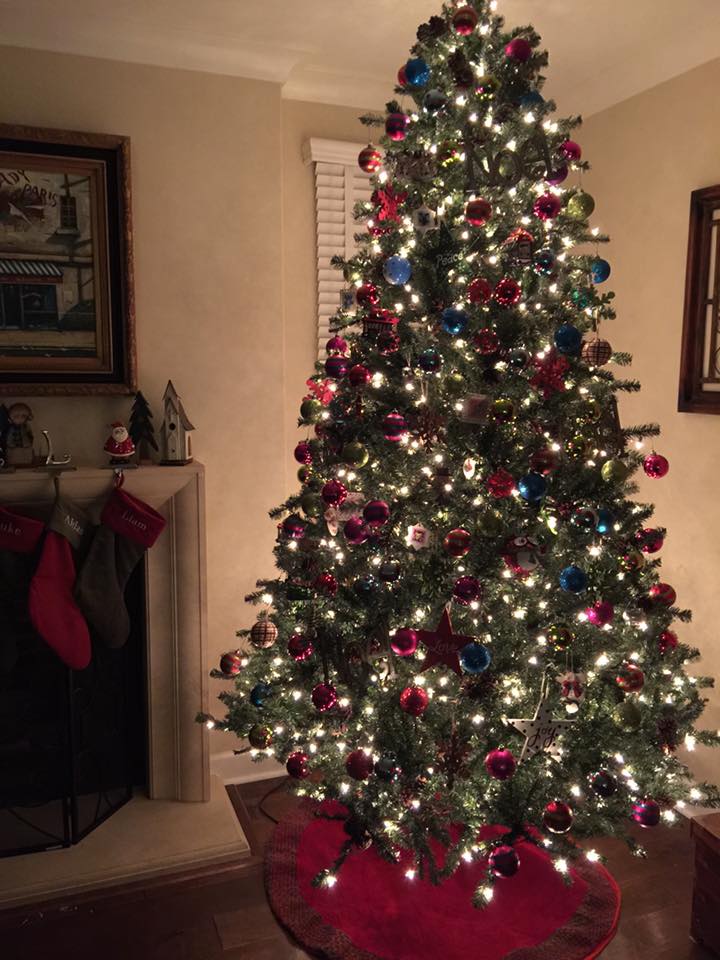 My little elves did a pretty good job, if I do say so myself!

For the record… I highly recommend putting your tree in a corner. You don’t have to decorate the back!