Halloween is super fun when you have two brothers the same age to share it with.

I surprised my littles and picked out their costumes this year. With all the Star Wars hype, I just couldn’t resist. They love, love, love Star Wars so I knew that they would be thrilled. The new movie is coming out right around their birthday so that’s how we’re planning to celebrate this year.

Liam is the tallest so I chose him to be Darth Vader. Luke and Aidan were perfectly content to be Storm Troopers. They looked so CUTE! 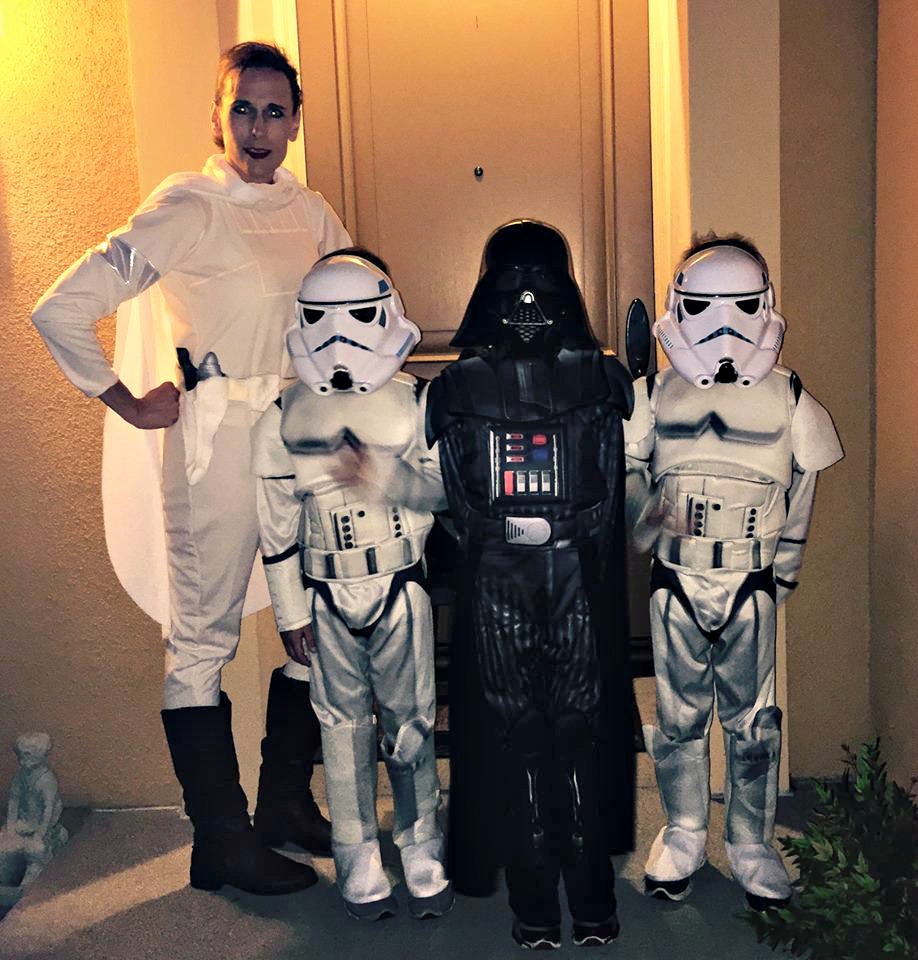 I may or may not have joined them in the fun. Pardon the picture quality and my zombie eyes. I had Noah take the picture and… well… he’s a teenager. I was lucky to get this one.

Matt had to work, Eli opted to go trick or treating with his friends and Noah decided to stay home and pass out candy. I took the trio around the neighborhood by myself. My neighborhood is pretty quiet on Halloween. Most people that participate put a bowl of candy on the porch instead of greeting the kids at the door. My boys don’t really know any better… and as long as they were getting candy they were good!

We did have a couple of houses that were super fun. Two houses in particular made my guys stay on the porch while they got their cameras to take pictures. SEVERAL pictures. My boys felt like rock stars. They don’t remember the paparazzi that we used to attract when they were little. (Boy I do!)

Once their bags started to get heavy, they were done! We were finished up and back home inside of an hour.

Since we finished up so early, we decided to go down to the restaurant to see daddy. We had dinner on the patio and watched the characters come in. We host a Halloween Bash at Bru every year, equipped with a DJ and costume contest. At one point two party buses pulled up full of costume-clad adults. My little guys were in awe.  It was hysterical!

We ended our night at home with a family movie night. We are trying to make our way through all of the Star Wars movies to make sure we are all caught up for the new one. I was the only one that actually made it through the entire movie, but they tried!