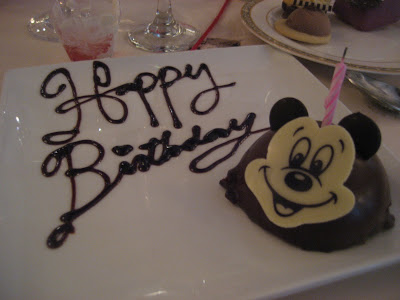 I had a birthday this week, and to celebrate we took the family to the ‘Happiest Place on Earth’! I’m sure this was the first of many trips to Disney now that we are ‘Californians’. It took us 12 minutes to get from our house to the exit for Disneyland. I knew we were close, just not that close!!! (We can actually see the nightly fireworks from our master bedroom windows.)

We were extremely blessed to be given the opportunity to dine at the exclusive Club 33 restaurant. What a special place that is! We were a little nervous about taking the little ones to a place that has china and crystal…. but it is in Disneyland! They did GREAT! 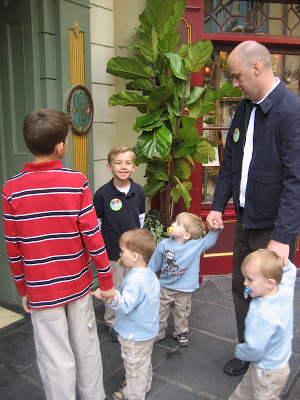 Mickey and Pluto came in while we were there… they were so cute! Noah and Eli’s faces just lit up when they saw them. The babies were in awe… as long as they stayed at a distance. The characters came around to the table and played with each child, one by one. Luke was first, and was a little unsure. He actually assaulted Mickey Mouse, lol. He smacked him on the nose a few times, then got scared and started to cry. Crazy Liam LOVED them, of course (go figure). Poor Aidan was last, and he cried the second they got into his personal space, poor little guy. 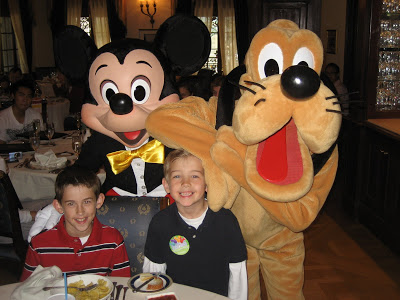 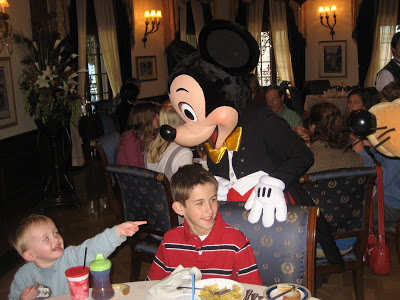 We arrived at the park around 9:00am and didn’t leave until 8:00pm. Matt and I took turns riding rides with N&E (I got Space Mountain, yea!). We took the entire family on a handful of rides. Luke does NOT like to ride rides, especially not dark rides. They did enjoy the occasional break from the stroller. I sure wish I had been the one to invent the backpack leashes… we’ve had them for a long time now but this was our first attempt to use them. Since they were ‘new’, our guys LOVED wearing them. The babies never took a nap, not even a cat-nap. Aidan finally passed out around 7:30pm, but it was past his bedtime at that point. They were such troopers! We probably could have stayed longer, but it was a school night, it was getting cold, and we had been through the entire park already. The weather cooperated for the most part. We had a few sprinkles and clouds at times, but overall it was a nice day.
I didn’t have the camera out as often as I would have liked, but we did get a few pics… 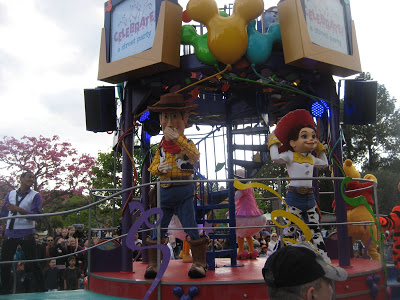 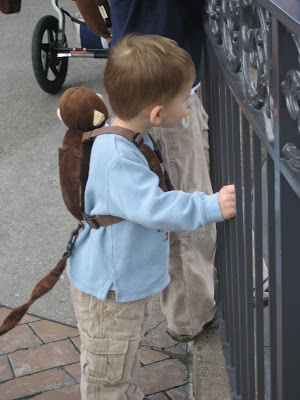 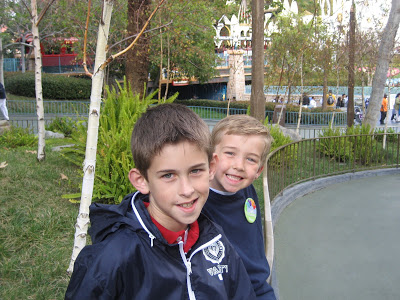 I couldn’t resist ending with this video of Pooh. It’s too funny! How fun must it be to work at Disneyland?